For this project, we were supposed to design and print an object that would make the world a better place. I designed a phone holder to hold your phone up for when you’re watching something. This holder would benefit me especially because my mom always complains about my posture when I watch things on my phone, so if there’s a stand to hold my phone, it forcefully makes me straighten my neck and spine. Another situation where this stand is useful is when your hands are full, and you want your phone to be standing.

For this project, I used TinkerCad to design my project and used Tinkerine for splicing it. At first, I did not understand how to merge shapes in TinkerCad, so I had to look up some tutorials. Tinkerine helped me splice the project and prep it for printing. By the end, I learned how to use TinkerCad and all its functions and understand how to use TInkerine.

The 3D printer and printing it impacted my understanding because after using the phone holder, I realized that something as simple can be really useful, and that technology really has made my life easier and more efficient. 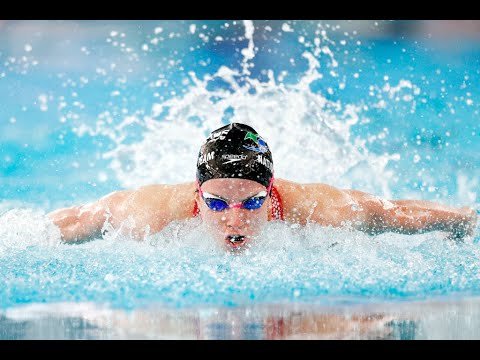 Usually, when we think about swimming, we think that it needs to be learned young. I started swimming when I was 5, but my grandma started learning when she was around 55 and now, she can swim all the strokes. There are 5 recognized strokes for swimming since the late 19th century. The four official strokes for competitive swimming are butterfly, backstroke, breaststroke, and freestyle. And the fifth is side stroke. The sidestroke is a basic stroke in the early years of competition, but now, is used for non-competitive swimming, or a lifesaving technique, because it uses little energy, making it less physically demanding than the other strokes. There are “very precise rules {that} have evolved to define the various swimming strokes and to regulate physical conditions … the temperature of the water—all of which are important in determining performance.” Swimming. (2018).  Funk & Wagnalls New World Encyclopedia, 1. Does this rule really apply? I don’t think any of the pools in BC follow that rule. Because despite these rules, the temperatures at pools are still very different. Some of the benefits of swimming are calmer minds, strengthening of the core and back. In the article, it says that swimming can also strengthen shoulders, but I have shoulder impingement on both of my shoulders, so I think it was meant for informing only non-competitive swimmers. One of the peculiar disadvantages of swimming is because swimming is done in neutral/cold water, it will not raise body heat, and the higher your body heat, the less you will want to eat. So, when other sports have certain times where you would not want to eat, swimming does not. So that I guess is one of the reasons why people who swim eat so much.